I am Ben Williamson, founder of YesRef, National League Assistant Referee and a 30-year-old entrepreneur from Wiltshire.

YesRef is the easy way to find and pay sports officials, globally. 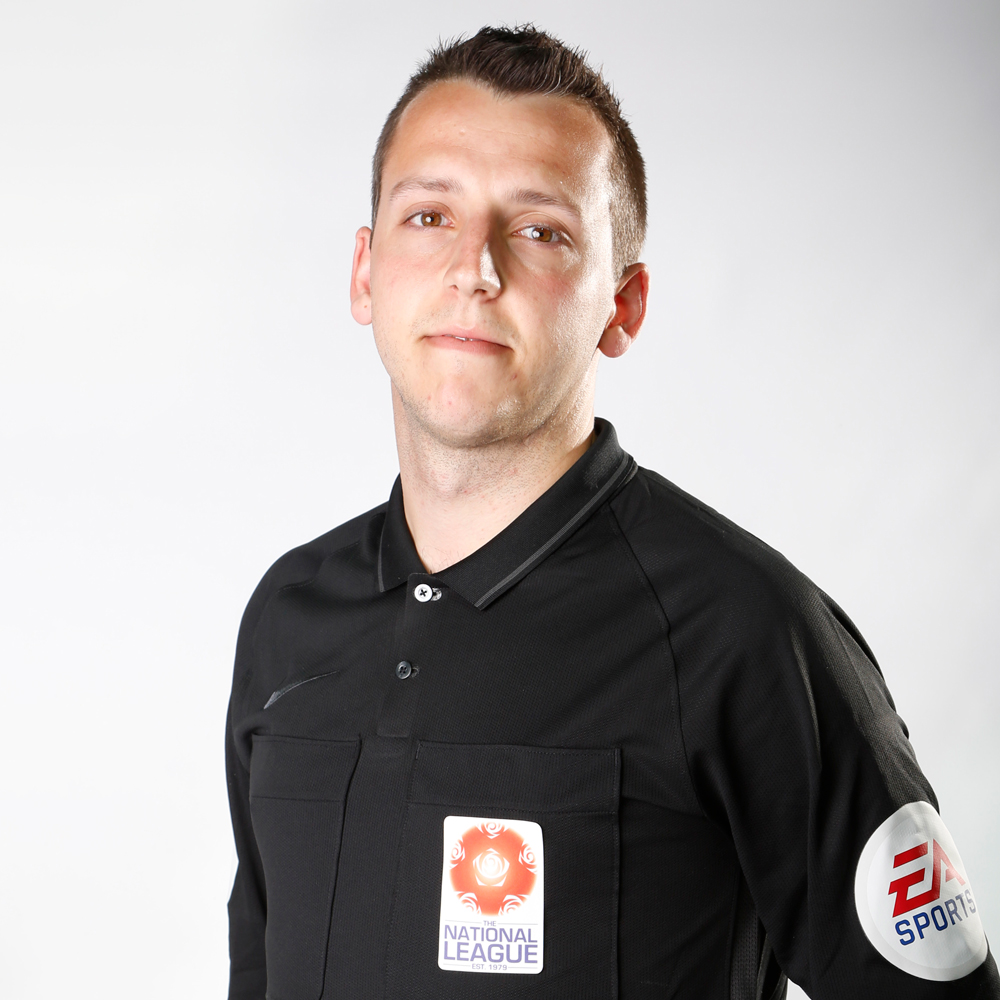 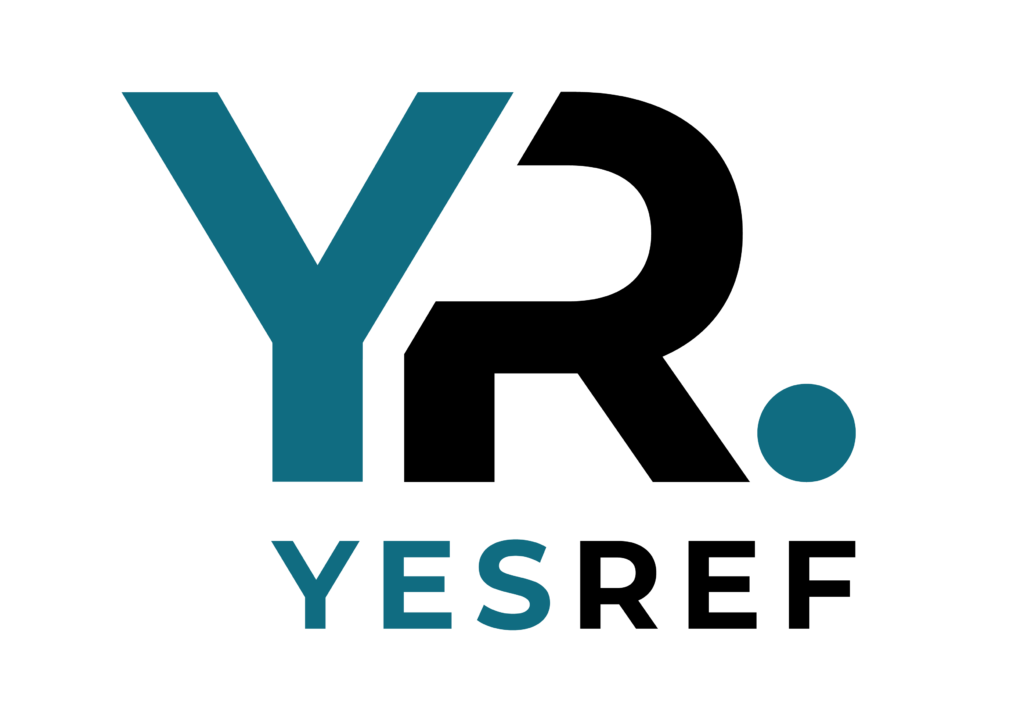 I’ve been a football referee for 15 years, and lucky enough to find myself in the professional game. My business partner Olly is a referee and officiates national and international Futsal. We met back in 2005 on our basic football referee course and have grown up together ever since, rising through the levels of football officiating. Back in 2018 Olly shared with me an initial idea he had and together we have brought it to life!

What’s the problem you identified?
We’ve always found that there has never been one place to go to for an official to find games. You have to look on Twitter, Facebook, we get emails from random clubs etc.. You also get random text messages, phone calls, WhatsApp groups (with far too many messages), there’s loads of different mediums.

And that means there is loads of opportunities within those hundred messages where you could go and referee a game but they get lost as the process is not efficient. The idea was to make it simpler, and get everybody in one place (Sports Official, and the groups that need them) to create a market-based solution. We knew this problem was replicated across a multitude of different sports so we felt that we could offer a brilliant service within sport.

This way sports officials that want to find games can just scroll down a central list of games and go “Yeah, I can do that”. They can do that without all the stuff that you do not need (like being part of 50 Whatsapp groups). YesRef makes sure that all the details that you want as a sports official are in one place.

And how has it developed?

Our first customers, the clubs, then started start to say to us. “Well, I’ve got all the information here now – Why can’t I just pay the Sports Officials through your app?” So, we built a payment system for them to complete the whole process.

We moved into a more digital world with digital payments being a thing, but it is not always slick. For example, not every Sports Officials wants to share their bank details with everybody. Or sometimes we are added to a payroll system and have no idea when we are supposed to be paid. We wanted to make something more forward thinking than that.

The colleges and universities absolutely love our product because they can just go, let’s just put X amount of money into YesRef. We put it in their credit account and then they can just allocate an official £50 or £20, and they can use that across all their sports or any of their officials.

We had to simplify it. Within the YesRef platform we hold the Sports Official’s bank details, and each time you can turn up to a game knowing: the club has already put money into the app for you to be there, and that money will be paid to you straight after the game. No need to send bank details, get on payroll or any of that.

In summary, YesRef is a win-win for both Sports Providers and Sports Officials. Simplifying administration and bringing together Providers and Officials to save time and increase efficiencies.

So from a founder’s point of view, how did you guys go about getting this off the ground ?

To start with, we came up with an idea ourselves of how we thought it would work. We then went out to our network of Sports Officials and the network of clubs and said, look, if this was available would you use it? And obviously we got plenty of feedback. This helped us to learn and develop our first version of YesRef.

We bootstrapped. We paid for things ourselves as founders to scrape together, well, I can’t even call it a minimum viable product. It was really minimal, it works, but there was a lot of manual work in the background.

We sat for hours matching things and doing stuff in the background, but we started to see that loads of requests were coming through for Sports Officials and Sports Officials could see the request and take them. The idea of trying to match two people together was working. The platform we initially created was functional but helped us learn, learn about user behaviour, what people would do and how they would use it. This helped us map out how we could improve the processes to make it easier for users.

We found different ways to build the payment system into it as well. Wasn’t great at first, it was clunky, but it worked. People were paying YesRef and the system would then automatically pay the Sports Officials which was really cool. But then we had to work out how we can how we can expand on that and how we can go bigger, quicker.

So that’s when we decided that we needed to raise some investment. This was a whole process in itself however we were fortunate that we managed to complete it in a relatively short period of time.

Excellent. And what’s been the highlight so far?

My highlight so far has to be the day you could download our app from the either app store or log in online. Launch day! It was an incredible feeling. Bringing together a few years hard work, knowing that the real hard work hadn’t even begun yet.

It made it feel more real at that point

Yeah, absolutely. You put all this work in with the developer’s week after week and test after test. Then seeing downloads come through starting to get feedback on how we’ve enhanced it from YesRef 1.0 to 2.0 was incredible.

But I guess a lot of the thanks have to go to the early adopters. The ones that really didn’t have a smooth journey, but they stuck with it. They believed in the idea and they’ve helped us grow. They’ve helped us develop the product and they continue to provide feedback for us to create product enhancements.

From a founder’s point of view, having some early adopters, that go, yeah, listen, it’ll probably be clunky to start with, but yeah, let’s give it a go. We like the idea.

It’s an interesting stage of a start-up, where the vision is so much bigger than what you have, which is in front of people. And what you’re giving them is the tiniest reflection of your vision – convincing them to please use it. How was it getting those first few customers?

I think you must leverage people on that. We chose a handful of football clubs that I could go to. I do their pitch inspections. If they’ve got an issue or a Sports Officials drops out last minute, if I’m free, I’ll go and do it. You have to choose the people that may be interested in helping you get something off the ground.

So you did all of that first ‘selling’ in person?

Yeah absolutely. A lot of it was done in person. I turn up at the game, stand on the side of the pitch and then go: Right. You ready to pay people? Click here. Do this, do that. That’s what you need to do. I went to do it with them a couple of times, because we didn’t have the infrastructure for a support team, plus we had to learn what they would do on their own and then guide them to do things our way. It’s new, its different, there is nothing like it on the market, so support is key initially.

And the good thing with that was with every conversation we got more feedback and that just that just helps you learn.

As founders. how do you go about staying productive on a day-to-day basis? How do you prioritize our time?

What I like to do is write a list of everything that kind of needs to be done in a week and then break it down to what’s key. Like what’s really, really important and that I have to do, and if I move this to next week, is it going to change the world?

And then I’ll work down the list of the most important things. What’s time critical? So I rank it 1, 2, 3, I look at my rank of ones and go, right. Am I doing this because it’s an easy task and it gets off the task list or does it affect the business?

Does it affect scale? Does it affect growth? Does it affect revenue? Yeah. If it does, then it’s probably bumped up the queue. If it’s, oh, that’s just a bit of a tedious task that I just need to do at some point, then obviously I will go, can I outsource it? Can someone else do it? Is it something we actually have to do?

What are some of the tasks you think you should delegate? And what do you think requires your time and focus?

So I think. If it’s income generating, we as founders need to do it. As we’ve got forecasts to hit and we’ve got other stakeholders to keep happy. If it’s just some kind of repetitive mundane tasks and just needs to be done, and it doesn’t really matter who does it we might use Paperound for some elements of work or a virtual PA. Someone we can rely on to get the task done to a good level but gives us as founders the time to do what we need to do.

And what was the main benefit of using that extra resource?

Probably time. Could I have done it? Yeah, of course I could. But you have to ask the question, is it something that I need to do as a founder of the business or does it just need to be done.

What would you say to your younger student-aged self about entrepreneurship, start-ups, and being a founder?

What would I say to my younger self? Probably if you’ve got an idea, give it a go, don’t keep thinking about it.

You can continually ask yourself well what if it doesn’t work. Well, what if it does work? What if it goes really well?  Shift your focus onto saying “I’m going to make this work”. People might laugh at you me. It might flop. That’s fine. But you also might be where you want to be in 5 years, 10 years time, because you’ve built a business.

I think all of it is effort. All of it takes effort.

When we first started, we’d be up until four or five o’clock in the morning doing different things, just to keep costs down.

One of my favourite sayings is, if it was easy, everyone would be doing it. And it’s not, it’s not easy. My advice would be just do it, just give it a go find a way to make it happen.

Excellent. That’s great advice. Thank you so much for your time.

Download the YesRef app at: The App Store  or the Google Play store